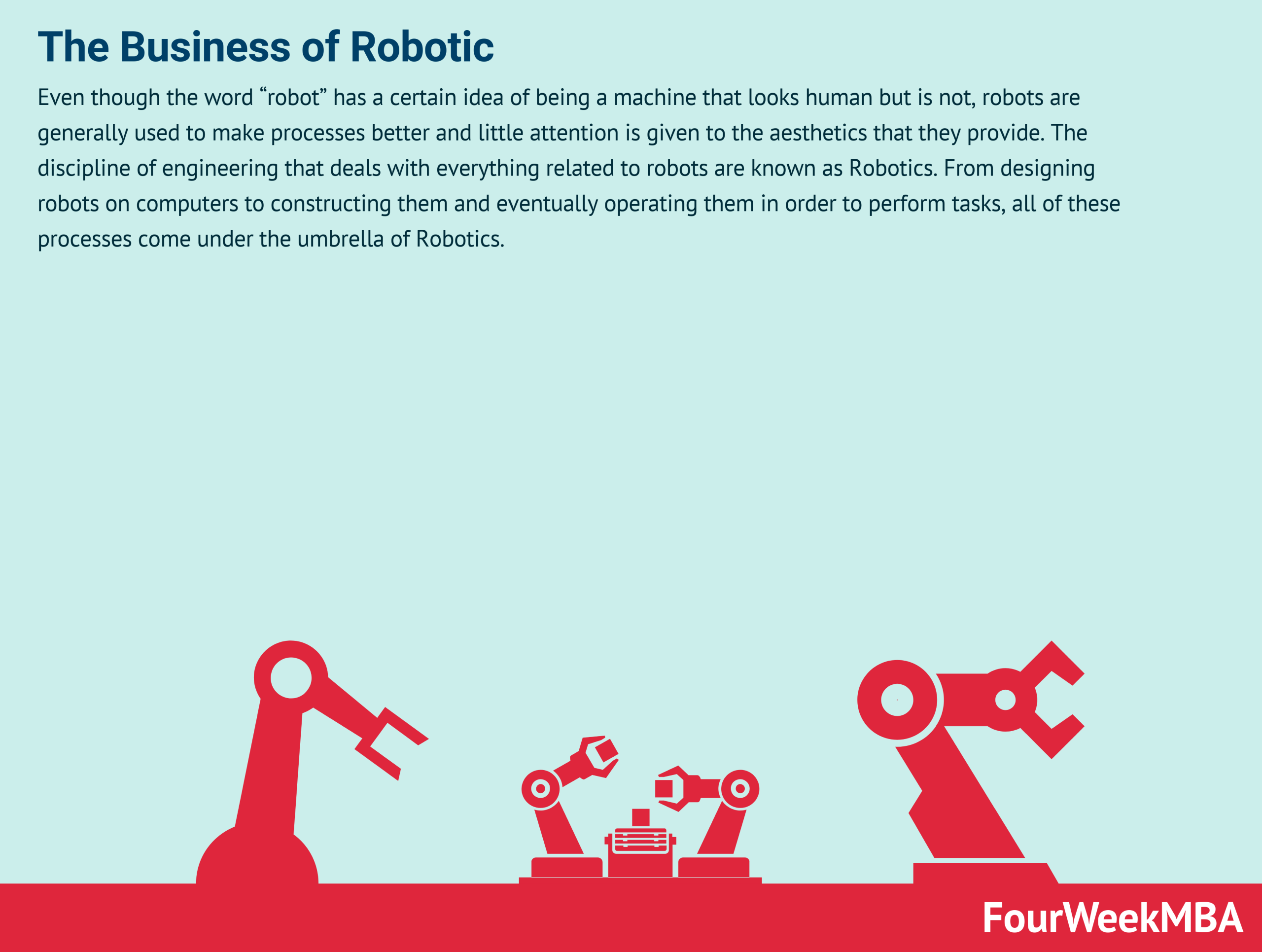 Even though the word “robot” has a certain idea of being a machine that looks human but is not, robots are generally used to make processes better and little attention is given to the aesthetics that they provide. The discipline of engineering that deals with everything related to robots are known as Robotics. From designing robots on computers to constructing them and eventually operating them in order to perform tasks, all of these processes come under the umbrella of Robotics.

Ease and convenience have been at the forefront of what humans want to achieve. Every step that the entire civilization has taken is a way forward in achieving that dream. To help humans achieve what they have been dreaming of, advancements were made in the production of highly advanced machinery, which not only reduced the manual input required in achieving the tasks at hand but also made the processes quicker and more efficient.

These machines still had to be operated by skilled labor in order to run the tasks. The next step in the process of making machinery more reliable and advanced was automation. Automation reduced the labor requirements in the process thereby reducing manual error and further enhanced the efficiency goals of the businesses. Large industrial plants began replacing labor with highly advanced automated machines, which changed the entire concept of how businesses were run.

The risk associated with human error, loss in efficiency was reduced to a considerable extent, and this began to be seen as a need for advancement. Following the industrial revolution, mass production was achieved through the use of these automated processes. The machinery became increasingly automated with labor now only required for maintenance activities. The reliance continued to increase as it gave a competitive edge to the companies employing these strategies. However, the road did not end here. The next step in this long run of advancements was Robotics.

No other robot has been more commercialized than the single-armed huge robot used in industries to perform specific tasks like welding and changed the landscape of many industries around the world. The innovation did not stop there and improvements continued to be made in this field of engineering.

Robots began to appear not only in industrial processes but also in restaurants where managers wanted to ensure hygienic conditions, healthcare where immense precision was required, and even in classrooms for education. Businesses are impacted by these changes following the pandemic as well since safety needed to be considered and more automated processes meant less physical contact required.

The uses of Robotics are widespread and transcend not only national but also industrial borders. One of their biggest uses comes in manufacturing. Mass production to achieve economies of scale has been on the priority of companies, which tend to dominate their industries. While labor is required for job shops and batch processes, a continuous supply line with the same product being produced in hundreds and thousands over the same line requires little to no customization.

Automated machines give companies a competitive edge over their rivals in terms of technological advancements. The demand levels of products shift within a matter of hours or even days and only highly automated companies can withstand what the market moves towards.

With the successful use of Robotics, higher levels of precision can be achieved. One of the primary concerns that come with the use of robots is the safety aspect of it as people are not sure as to how it would operate near humans or what protocol it follows when a human is in the vicinity of the robot. To address these valid concerns, there has been an increasing trend towards making robots safe with the help of sensors and cameras, which enables them to automatically stop their operations in case something is out of order.

Another big use of the robots is in automated drones, which have applications in both military operations and delivery services. For military purposes, unmanned aircraft have been used to conduct strikes. For businesses, drones have begun to be used as a means of delivering goods following the lockdown restrictions of the pandemic.

Similarly, within the health sector robots have been used as companions to patients. These robots are able to monitor the vitals of the patients and can also be programmed to remind patients of when to take medicines. Integrated with hospitals at the back end, these robots provide real-time data on the patient in case something is not right.

Robotics also has a part in the retail industry. To service customers, robots are used instead of the salesforce. Similarly, cashiers are being replaced by robots at checkout counters to fasten the pace of the service provided. In healthcare, robots are also providing help in performing certain exercises that humans need in order to remain fit. Training these robots and embedding them with AI is now the norm.

The use of robots has not been only limited to businesses as Robotics has the potential of being used widely among different industries in improving production efficiencies and also in providing quality service to their customers, but also their use is becoming more common among the general public for random everyday tasks. Businesses using robots whether it is in the form of automated machinery to achieve economies of scale or for innovative problem-solving techniques alike are setting a standard for their competitors. The use leads them forward, though the opportunity for improvement is still immense.

The Business of Voice search And Its Potential Commercial Applications

Voice search is basically a feature in smart devices that enables users to perform internet searches through a voice command....