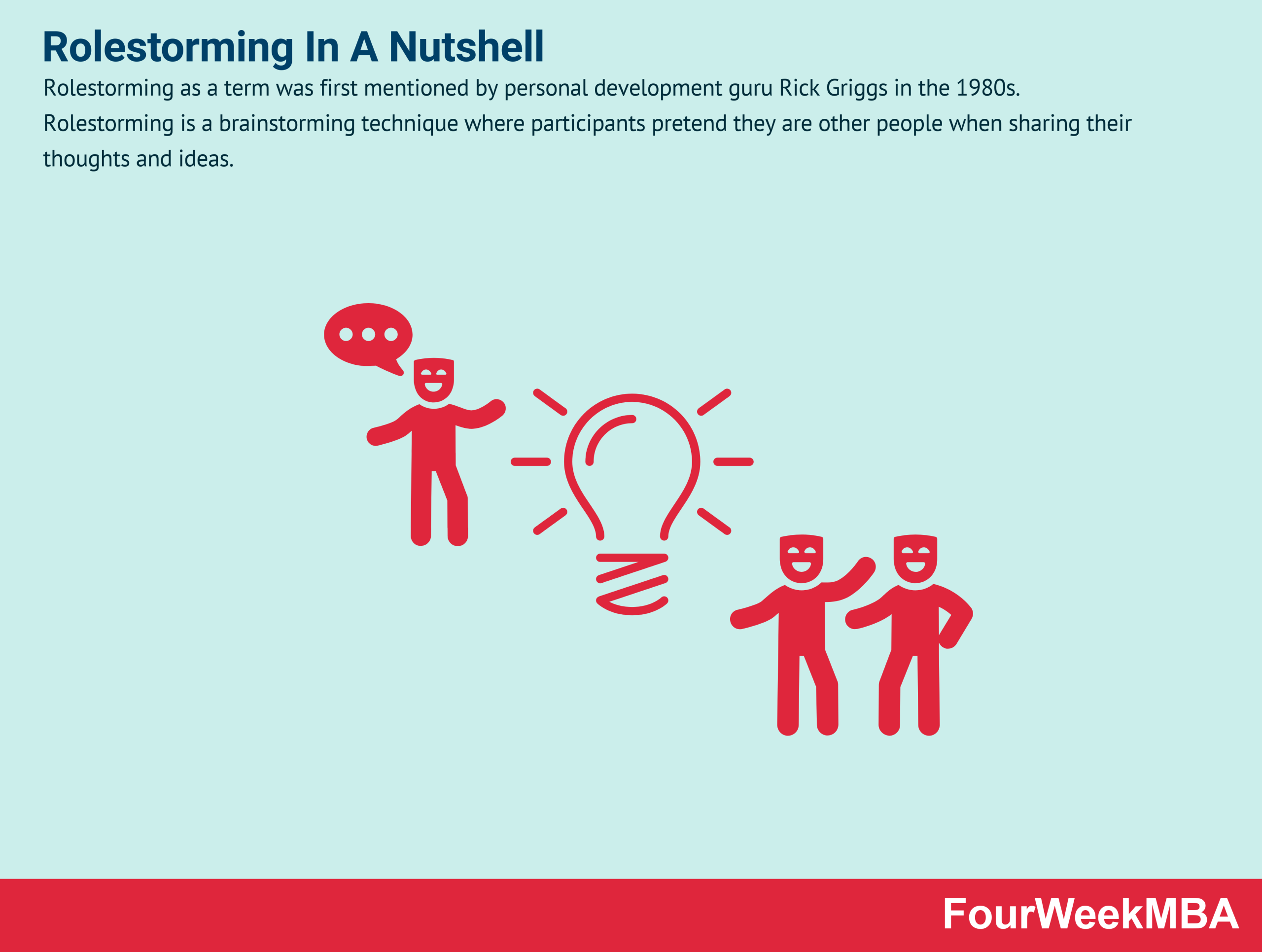 Rolestorming as a term was first mentioned by personal development guru Rick Griggs in the 1980s.  Rolestorming is a brainstorming technique where participants pretend they are other people when sharing their thoughts and ideas.

Griggs developed his approach to address several shortfalls of a traditional brainstorming session. These include:

Rolestorming is used to help a brainstorming team overcome their inhibitions during a meeting. In theory, each team member is more likely to generate creative ideas while pretending to be someone else.

Lastly, it is important to note that rolestorming is not an idea-generating process on its own. Rather, it should be incorporated to complement existing brainstorming approaches.

The identity each team member assumes will largely depend on the task at hand. For example, a participant may play:

Whichever identity is assumed, each participant must be able to describe the personal qualities and motivations of their new character. They must also understand their real or imagined strengths and weaknesses and refer to themselves in the first person when speaking.

The most creative rolestorming sessions occur by focusing on opportunities first, preventions second, and problems third.

Creative ideas should be written on a large sheet of paper or whiteboard. Rolestorming is then graphically represented by a bulls-eye in the middle with outer rings like an archery target. The largest and most outer ring houses creative ideas, with the second-largest ring displaying the winners from the first vote of ideas. Immediately adjacent to the bullseye is the third ring, which displays the winners from the second vote.

To be voted on, each creative idea must answer the original profile statement in terms of opportunities, preventions, and problems. The center circle shows the idea representative of group consensus.

To incorporate rolestorming into a typical brainstorming process, follow these steps: