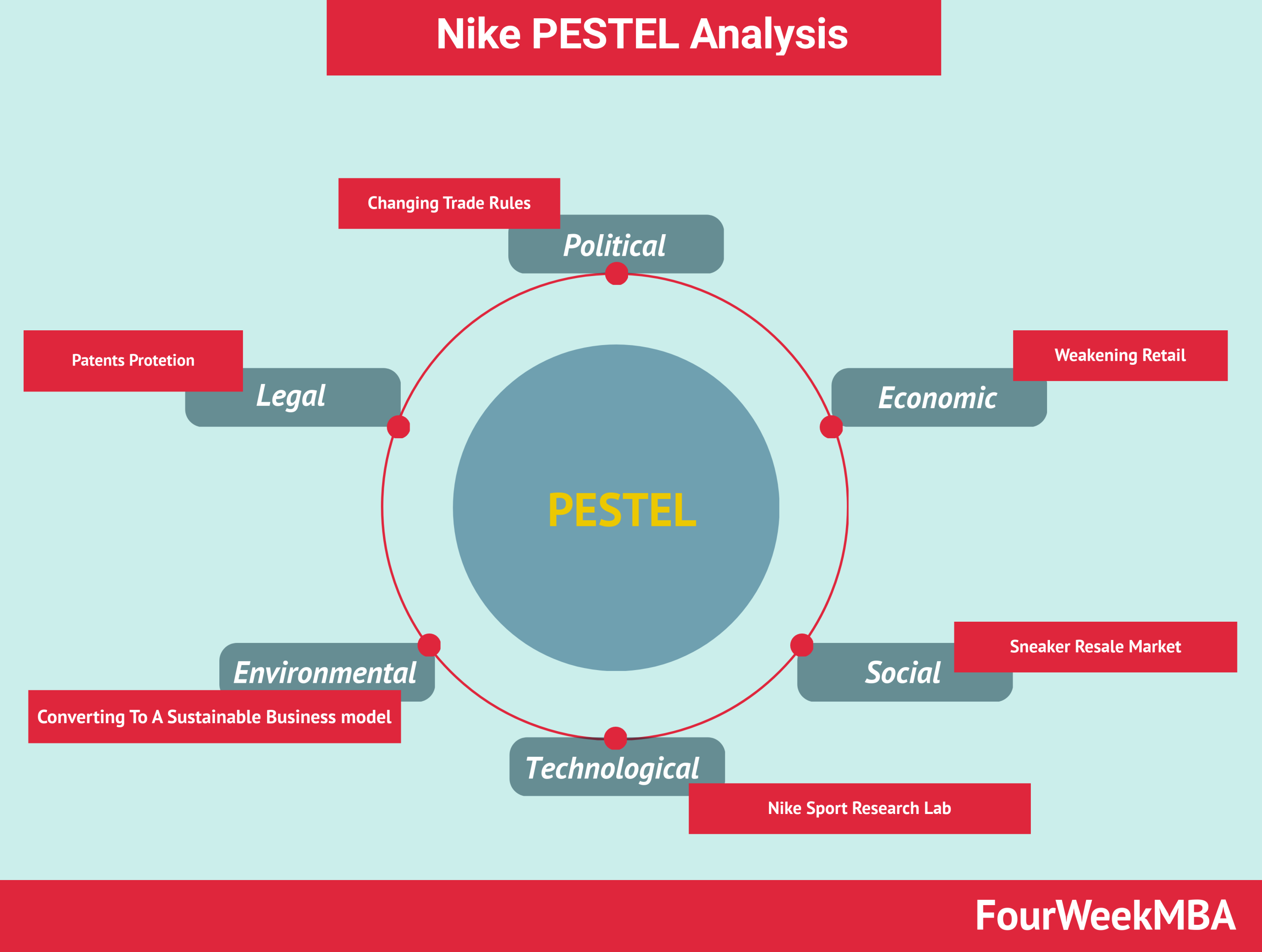 Nike is the world’s largest athletic shoe manufacturer. It’s also one of the most successful, generating over $30 billion in revenue in each of the last four years.

As a global company, Nike’s growth depends on a suite of macro external factors.

Following is a detailed look at each.

The United States is a core market for Nike, with the company having a large consumer base in the country. Nike also has a large manufacturing base in China and also has a presence in Vietnam, Indonesia, and Thailand.

Trade tensions between the United States and China threatened to increase tariffs on footwear by as much as 25%. To mitigate this problem, the company has sought to diversify its supply chain geographically.

Like most companies, Nike is vulnerable to a downturn in the economy. During the GFC in 2008 and the COVID-19 pandemic, global revenue dropped significantly as stores closed and discretionary income plummeted.

The pandemic in particular has highlighted Nike’s dependence on physical stores to make money. In response, the company has sought to strengthen its eCommerce arm. But the company may struggle because its staple products of shoes and apparel are difficult to size online.

The past few decades have seen the rise of the so-called sneakerhead culture, created in part by basketball and the growth of hip hop music. Some estimate that the sneaker resale market alone is valued in the billions of dollars.

Nike capitalized on this trend early, partnering with Michael Jordan to promote a line of shoes that were not only functional but also collectible.

Technology is a major disrupter in most industries. Sports apparel is no different.

One such example is Nike Fit, which uses machine learning, data science, and artificial intelligence to scan consumer’s feet and find the best fitting shoes.

Nike is no stranger to legal battles. Invariably, these battles are fought with major competitors over proprietary shoe or apparel technology.

Indeed, Nike has had a long and public battle with Adidas over patent infringements. Sketchers is another competitor that has been sued by the company for imitating patented designs.

Once associated with sweatshops and negative environmental impact, Nike has made great progress in rebranding itself as more environmentally responsible.

The company has pledged to use 100% renewable energy by 2025. It is also planning to phase out single-use plastic bags and has designed a line of eco-friendly shoes and apparel made from recycled plastic.