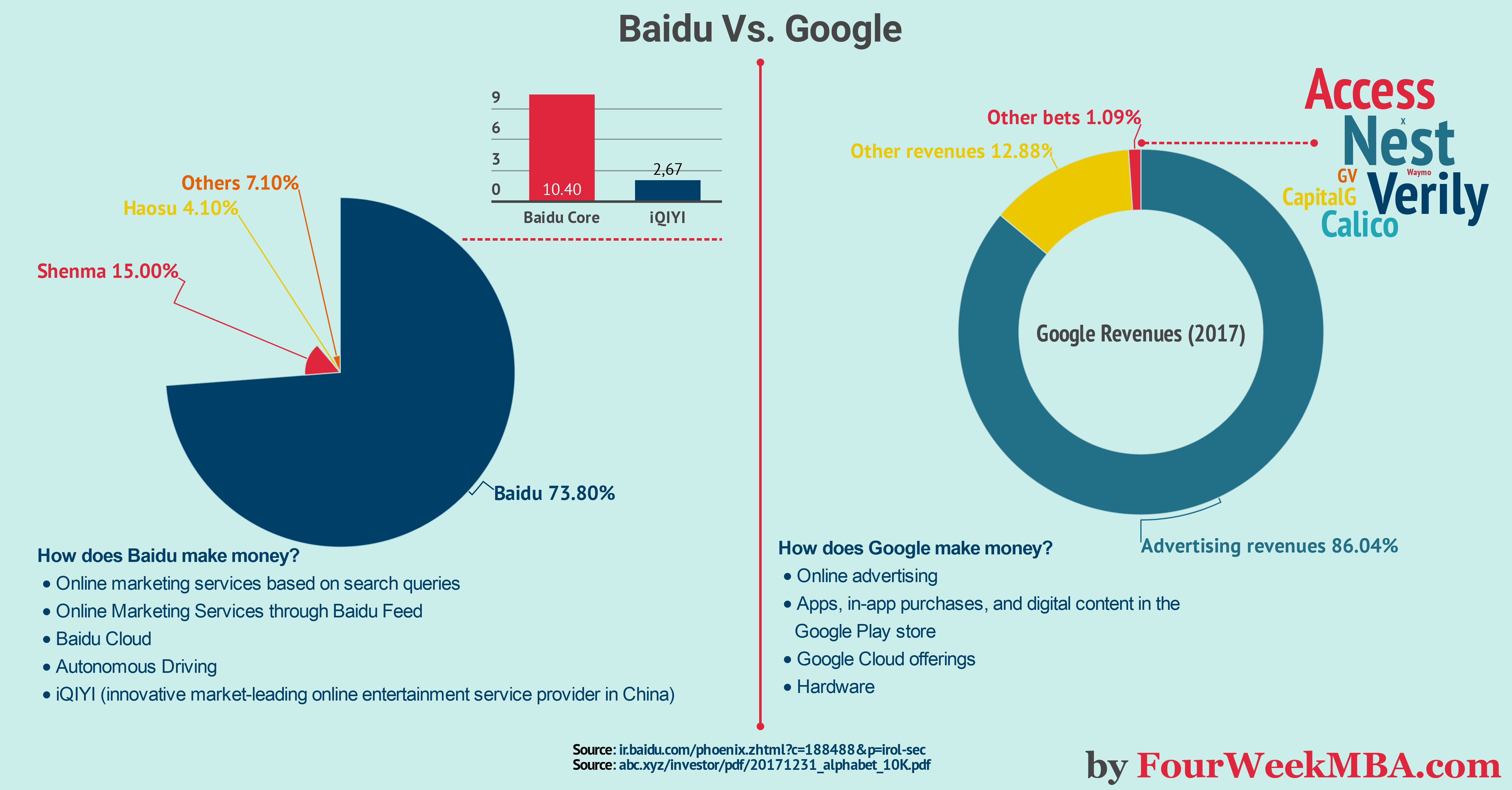 Baidu in a nutshell

As of 2017, organization">Baidu made most of its revenues from advertising via its ads networks. The remaining part was mainly comprised of memberships from Baidu entertaining platform. Baid also has a few other segments of the business. In fact, besides online marketing services, organization">Baidu offers cloud services, it has a segment dedicated to autonomous driving and a segment devoted to the market leading online entertainment service provider in China.

Google in a nutshell

Like Baidu, Google makes money primarily via its advertising networks (AdWords and AdSense) The remaining revenues come from Google Play, Google Cloud and Hardware. A small part is related to the Google bets, a set of risky ventures where Google is investing and where Google believes the future might lay ahead.

Both make money from advertising

As we’ve seen both organization">Baidu and Google has a sophisticated business model that can align businesses that bid on keywords and content producers. Also, their search service is used by over a billion users.

Both used a link-based algorithm to rank web pages

Many argue that organization">Baidu is a clone of Google. Yet Robin Li has been innovating in the space of search before then Google’s founders.

Both are betting on video content and self-driving cars

Is Baidu a clone of Google?

At first sight, both in terms of business model and the way Baidu works it seems to be a clone of Google. However, by looking at the Baidu origin story and how it managed to conquer the Chinese market, Baidu had managed to become among the most recognized brands in China. Thus, Baidu is an innovative company for its own sake and not just a clone of Google.

The Google of China: Baidu Business Model In A Nutshell