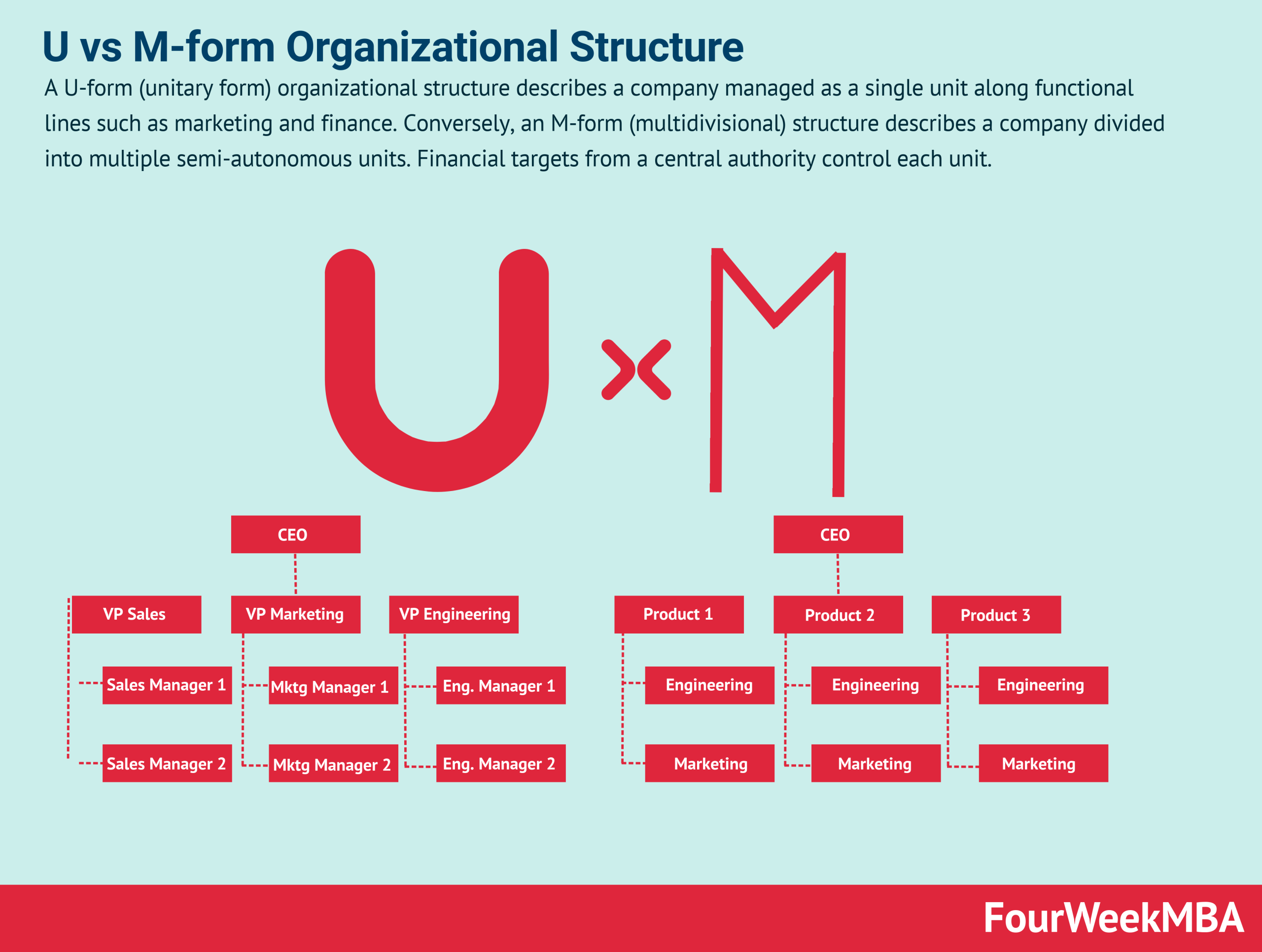 The U-form organization relies on a functional approach to departmentalization and is often used to implement a single-product strategy. Developed during the railroad boom of the mid-19th century, the U-form structure was a great feat of organizational achievement. It helped rapidly growing companies manage their operations as scale and complexity increased. This gave rise to the first salaried managers with technical expertise and specialization.

This now conventional structure features a central management unit with several functionally organized departments. Decision-making is somewhat decentralized. Together with higher line authority, managers have the authority to delegate functional tasks to subordinates.

Since the U-form organizational structure emphasizes functional activities, coordination between each is crucial.

The M-form organizational structure became popular in the United States during the 1960s.

In the preceding decade, the post-war consumer boom saw the creation of new global mass markets for consumer goods. As a result, most organizations wanted to cash-in on this rapid growth by expanding into new markets and diversifying their product range.

This could only be achieved by utilizing the decentralized multidivisional business model seen in the M-form structure. Here, each business has a central office. But unlike the U-form structure, each functional division is allowed to make its own operational decisions.

History will show that the M-form structure allowed companies to manage a diverse range of products while maintaining efficiency and maximizing profit. The structure also enabled businesses to implement a corporate strategy of related diversification.

Pioneered by General Motors and DuPont, the multidivisional form is now the most widely used among large modern firms.

Microsoft Organizational Structure In A Nutshell

Microsoft has a product-type divisional organizational structure based on functions and engineering groups. As the company scaled over time it...