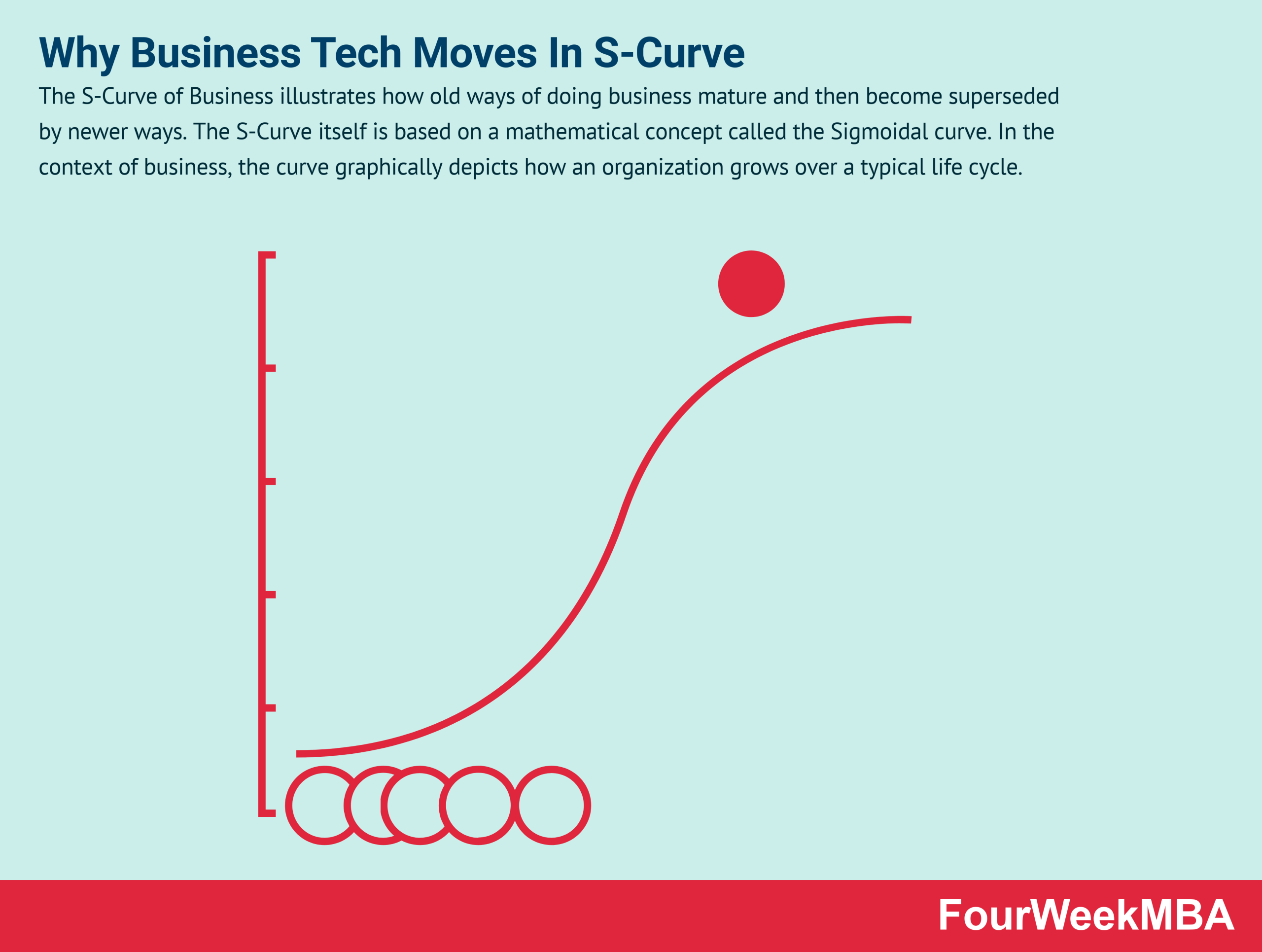 The S-Curve of Business illustrates how old ways of doing business mature and then become superseded by newer ways. The S-Curve itself is based on a mathematical concept called the Sigmoidal curve. In the context of business, the curve graphically depicts how an organization grows over a typical life cycle.

Understanding the S-Curve of Business

A key argument of the curve is that sooner or later, most businesses will reach a period of stagnation – no matter how successful they were in the past. At the point of stagnation, the business reaches an inflection point. At this point, it will be forced to innovate to grow and remain competitive.

For executives, understanding where their business lies along the S-Curve is crucial. If the business has already reached an inflection point – also referred to as a “stall point” – it has less than a 10% chance of fully recovering.

In the next section, we’ll discuss these terms at various points of the life cycle in more detail.

The stages of the S-Curve life cycle

Initially, start-up companies begin at the bottom of the curve with a product or service they are taking to market.

If they are lucky, their offering gains traction – albeit very slowly at first and then gradually quickening as more consumers become aware. This is the first inflection point, where sales and revenue increase rapidly after an initial period of stagnation or low growth.

While growth will continue for some time, a host of internal or external factors will eventually cause growth to decrease and then taper off.

Here, the business encounters the second inflection point. At this point, a critical decision must be made. For the growth curve to start anew and begin trending upward, the business must innovate and ride the wave of technological advancement.

Ultimately, a business at the second inflection point that then tries to innovate is already too late. Inflection points must be identified before they occur so that businesses have adequate time to develop new products that have a high chance for success.