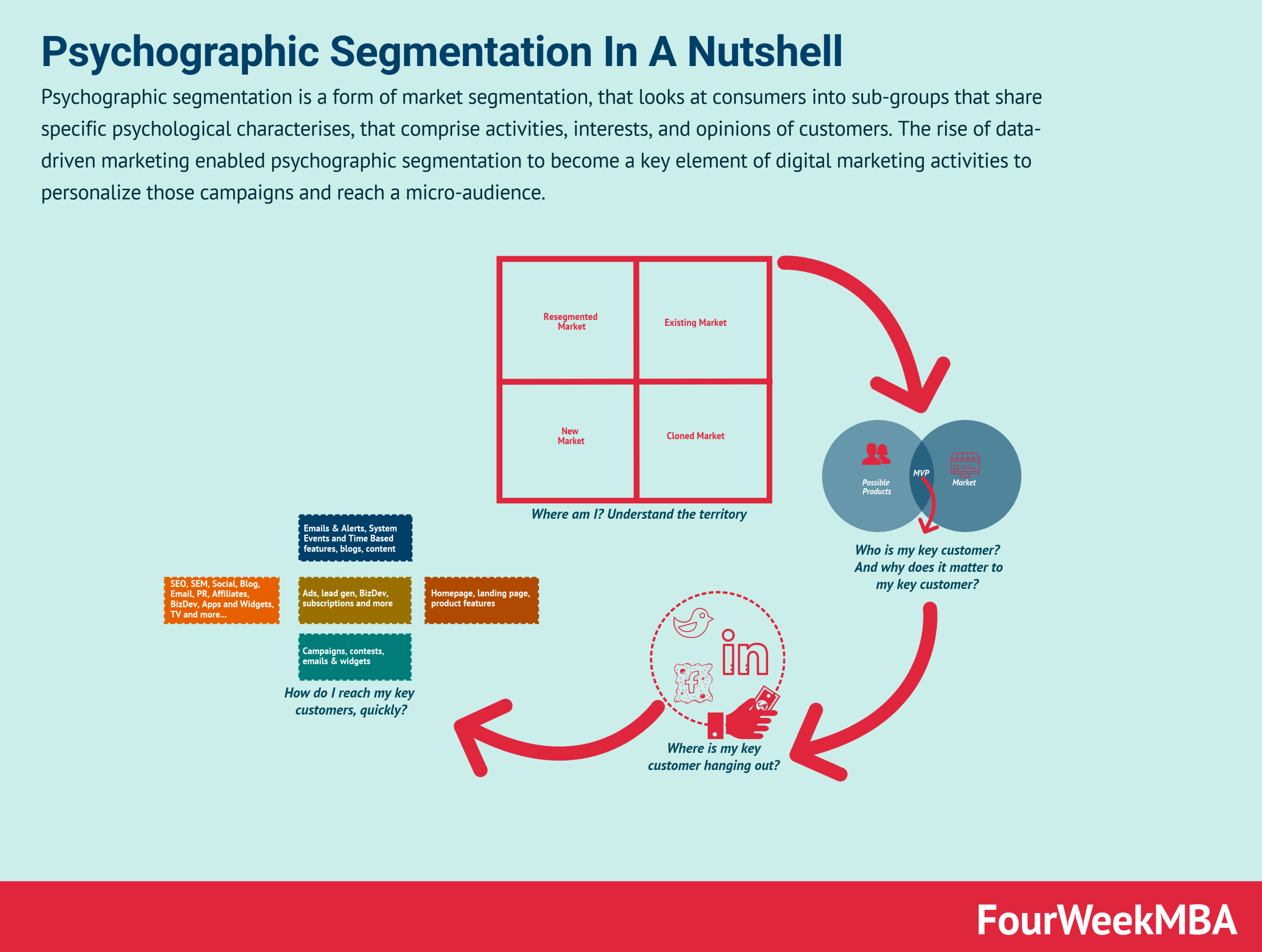 The birth and rise of psychographic segmentation

Psychographic segmentation divides consumers into sub-groups based on shared psychological characteristics. Those might include subconscious or conscious beliefs, motivations, and priorities to explain and predict consumer behaviour.

Psychographics started as an attempt to go beyond demographics. As computational power grew more data became available, this gave a chance for marketers to better segment potential customers.

As recounted on archive.ama.org when Emanuel H. Demby, one of the founding fathers of psychographics when he was asked “What do you call what you’re attempting to do?” he said “Psychographics!” which was meant as a combination of psychology and demographics.

Another founding father of psychographics was Paul Lazerfeld and his associates during the 1950s at Columbia University’s Bureau of Applied Statistics.

As pointed out by Emanuel H. Demby, Paul Lazerfeld taught that any market research that wanted to understand consumer behavior had to “involve an interplay among three sets of variables; predisposition, influences, and product attributes.“

Therefore, psychographics is an attempt to move away from just demographics and give meaning to numbers by focusing more on individuals with feelings and tendencies.

Give meaning to numbers is the primary aim of a marketer. Imagine those two scenarios, Mr. X earns $40K per year. With the other situation, Mr. X earns $40K, after getting a 10% rise compared to the previous three years’ salary.

Without going too far we can put ourselves in the shoes of Mr. X, how accomplished he feels, and the purchasing tendencies he might have after such a raise.

Maybe he wants to buy a new car or a new TV set. Keep in mind that marketers’ focus is to increase sales. And there is no better salesperson who has insights and personalized information about her target customer.

While in the past it was tough to get valuable psychographic data, that isn’t the case anymore.

With the rise of digital advertising, and advertising machines like Google and Facebook Ads, it has become easy to create targeted marketing campaigns, primarily focused on performance and able to target potential customers with an incredible focus.

Google Ads and Facebook Ads allow marketers to go quite in-depth with psychographics definition of their audience:

Above an example of how Google Ads enables marketers to target specific interests and psychographic traits of a group of people. This allows a segmentation that can be laser targeted.

The intrapreneur is an employee which is usually assigned to innovative projects that can impact the company's future success. As...