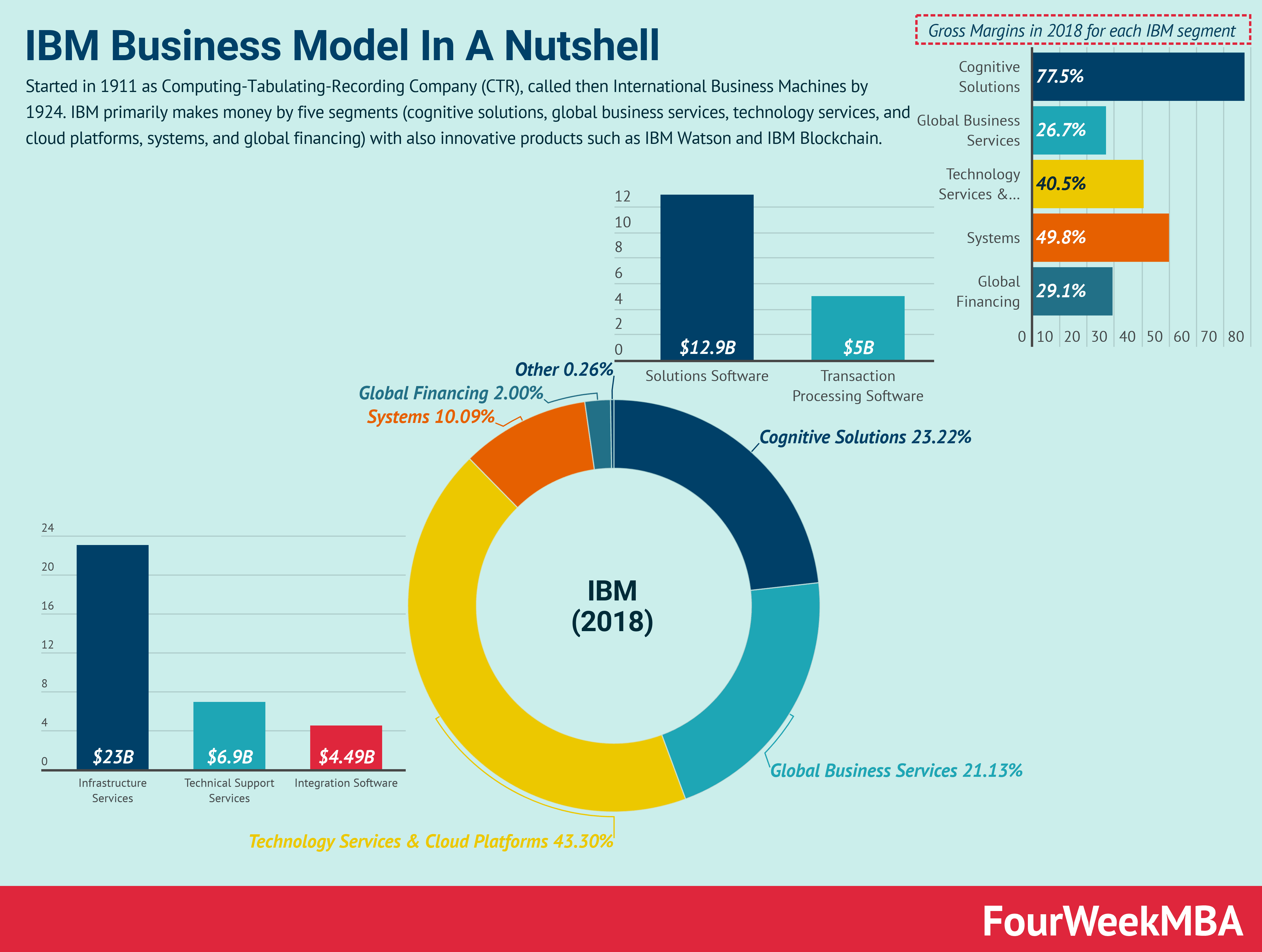 IBM history in a nutshell

While in the early 1920s, the company acquired the name that would stick up to these days, IBM operated already by the late 1800s as tabulating equipment for the US census, as reported by computerhistory.org.

Its founder, Herman Hollerith, was an inventor, who came up with the tabulating punched-card who enabled automated computations. Ever since IBM became a major player, who created computers for scientific research and business, during the 1960s.

While IBM would play catch up during the PC era, it pretty much kept its position as a solid business. In the 1990s, IBM risked being spun off in several units and shut its doors until it got turned around.

It is important to highlight those were very competitive years, as the same article from the NY Times reported:

After being roughly tied with Apple Computer Inc. in 1993 for the title of No. 1 seller of personal computers in the United States, I.B.M. slipped in 1994, falling behind the Compaq Computer Corporation, Apple and Packard Bell Inc. to fourth place.

According to the article, the fall of the company was due to a lack of focus, too many unsuccessful models, and a bad inventory management system. We might argue indeed that it’s not possible for a company to stay on top of its game for so long.

Yet IBM turned around, and it’s still a strong company as of today.

IBM business model in a nutshell

IBM is one of those companies which is interesting to look at, as it managed to survive wave after wave of IT innovation, and yet, as of today, while playing a role in the enterprise space, IBM is still an important tech player (although not many realize that).

How does IBM make money?

IBM has five primary lines that make money for the company at very high gross margins:

Cognitive Solutions’ revenue of $18,481 in 2018 provides Solutions Software, led by the company’s analytics and security platforms. Within analytics, the company offers a set of products from the Db2 portfolio, including analytics appliances and IBM Cloud Private for Data.

Other services part of that are integrated security and services solutions, like Watson Health and Watson Media & Weather.

Global Business Services revenue of $16,817 in 2018, which comprises consulting, led by key offerings in a digital and cloud application. New consulting offerings comprise the company’s digital strategy, like Digital Commerce and CRM offerings, and accelerated growth in next-generation enterprise applications, led by strong demand for consulting and implementation services.

IBM claims to be the enterprise AI leader. This claim is supported by solutions like IBM Watson, which is a key AI tool used by decision-maker in the business world, which comprises several key use cases:

Build a full-service virtual assistant that responds to customers directly on the front end and provides employees and agents with information and resources they need on the back end. Seamlessly automate tasks – from addressing customer requests to guiding employees through internal processes – to allow your teams to focus on higher value work. This is AI customer service with Watson Assistant.

Or use Natural language processing capabilities to:

Natural language processing (NLP) is the parsing and semantic interpretation of text, which allows systems to learn, analyze, and understand human language. With Watson’s suite of NLP offerings, including Watson Natural Language Understanding (NLU), you can surface concepts, categories, sentiment, and emotion, and apply knowledge of unique entities in your industry to your data, no matter where it lives.

Or how the IBM Blockchain helps enterprise customers to build supply chains.

How Amazon Makes Money: Amazon Business Model in a Nutshell

Amazon has a diversified business model. In 2019 Amazon posted over $280 billion in revenues and over $11.5 billion in net...