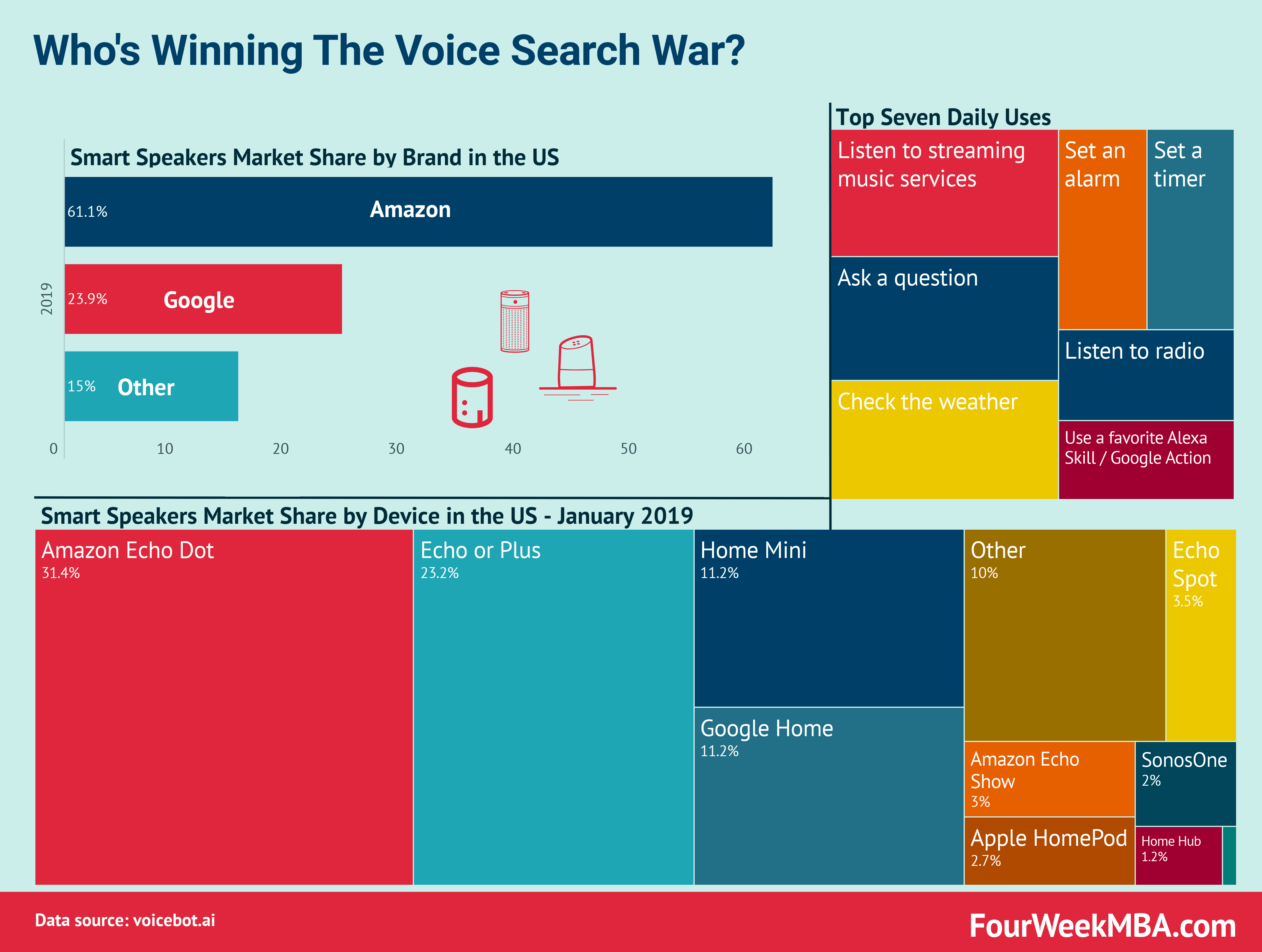 For those who don’t have realized, there is a bloody war being fought right now in the business world. It is the domination of voice search market. This war is getting fought by tech giants like Amazon, Google, Microsoft, and Apple.

The voice search war is essential as it might define in part, who of the tech players will be able to dominate the next wave of the web. That is why companies like Amazon and Google are pouring in billions of dollars in distribution to win the voice market.

In this war, two players are fighting fiercely: Amazon and Google (try to buy a Google Home on Amazon and you will understand what I mean). Many believe that Google might have a head start, over other players as it mastered the search world in the last two decades with its search engine.

However, my argument is that not only the voice search war will be played on a different playground. If Google (now Alphabet) won’t be able to leave behind some of the old assumptions it won’t win this war.

Indeed, while Google still dominates traditional search. As search moved toward mobile devices; and as consumption of information becomes available in formats that before were not possible, that also required the ability of Google to transform itself in an answer engine.

A discovery engine (Google Discover has now more than 800 million users). And a locked-in platform (there is a rise in no-click searches that lock users on Google search results pages) that controls the end-to-end of the users’ experience.

In short, if Google is willing to win this war, it has to get out of the “ten blue links” logic. This drastic change might be great for users. Yet it will have a massive impact on the distribution of content online.

Each day billions of people jump on Google to find relevant information. And if Google is changing the way it serves information, it will also affect more traditional industries like publishing, traveling, and commerce in general.

In this scenario, understanding how those players are placing their bets it is critical to gain insights on what to do next to make sure your content gets adequately distributed so that you gain access to the next wave of the web.

In the infographic that comes with the article you can see three main things:

Who is winning the Smart Speaker war so far?

What are the most popular voice devices in 2019?

What are the top seven ways people are using smart speakers?

Inside The Creative Curve With Allen Gannett [Lecture]

Today we have here, Allen Gannett. He's the Chief Strategy Officer of Skyword, founder of TrackMaven, which is a big...