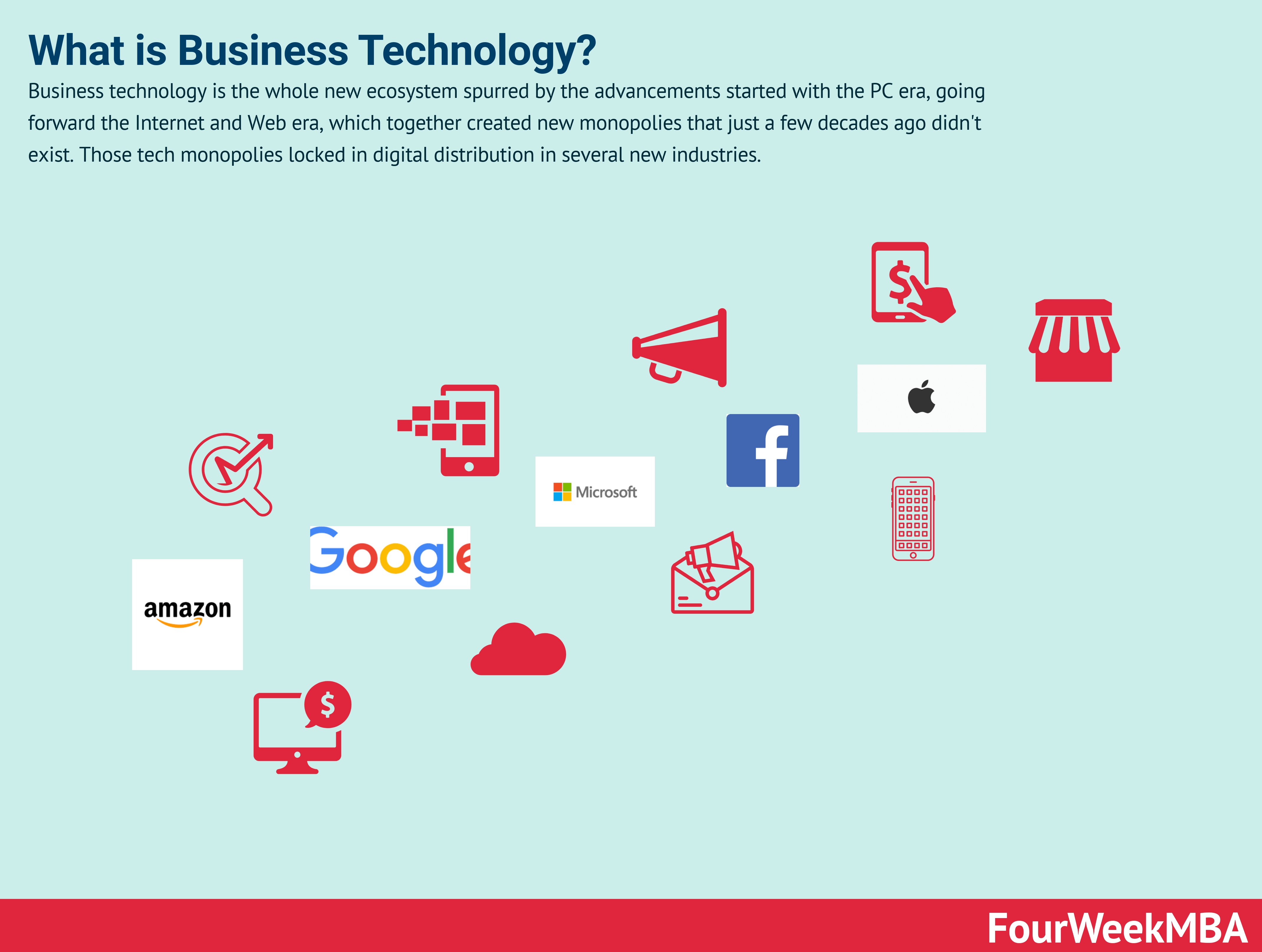 Business technology is the whole new ecosystem spurred by the advancements started with the PC era, going forward the Internet and Web era, which together created new monopolies that just a few decades ago didn’t exist. Those tech monopolies locked in digital distribution in several new industries.

In this report, we’ll analyze the current business tech world by looking at five business wars. Based on the outcome of those “wars” new industries will arise, new players will emerge, and old monopolies might fall, while others might emerge.

Before we get to it, one point is important to stress. There is no business analysis that can predict the future. And while this analysis“>analysis itself is plenty of data, and what might seem facts, this is one interpretation of the current business events.

As such, if you like this story, take it just as is, a business story of our times, nothing more. If you’ll get inspired by it to build your next business or to actually take action on your current business, that’s great.

Being part of this dialogue is important so that we can all shape it.

Where do we start?

We’ll look at the current business tech landscape by analyzing six main tech giants who work as gatekeepers to entire industries and can potentially open up whole new markets. We’ll call them FAAMNG a variation of FAANG.

What is the business model?

On FourWeekMBA I’ve covered hundreds of business models. There is no single definition to it. As with any concept that lives in the real world, business modeling is a dynamic concept.

As an entrepreneur business model frameworks might help you define the key building blocks of your business or the kind of business you might want to build. As business theorist a business model it’s the most important entity

Investors look at business models to help assess the scalability and viability of an organization. As a practitioner, the business model can be any of the concepts above.

In this report, we’ll glance at the business model of each of the FAAMNG players to have a first overview on which we’ll build up the landscape to analyze.

For the sake of this report we’ll take into account five wars:

Some of those business wars are tied and integrated. Advertising wars can’t be analyzed separately from the mobile wars, as attention is mostly on portable devices and who’ll surf the wave of mobile attention will mostly win the advertising war in the coming years.

Some other wars are also shaping the whole new ecosystems. For instance, the cloud and voice wars are also enhancing the AI Economy, to give rise to the next multi-trillion-dollar economy.

The web worked as an open force, that enabled new companies to take over and create a whole new way of doing business. In this era, companies that barely existed previous to the web (except for Microsoft) first unlocked digital distribution, then locked it in. Thus, creating a new center of powers.

Those companies are now the new gatekeepers which consolidated and in a way, locked in the digital distribution pipelines:

Amazon Case Study: Why from Product to Subscription You Need to “Swallow the Fish”

In this article, we're going to see an interesting case study and how Amazon seems to be changing its business...