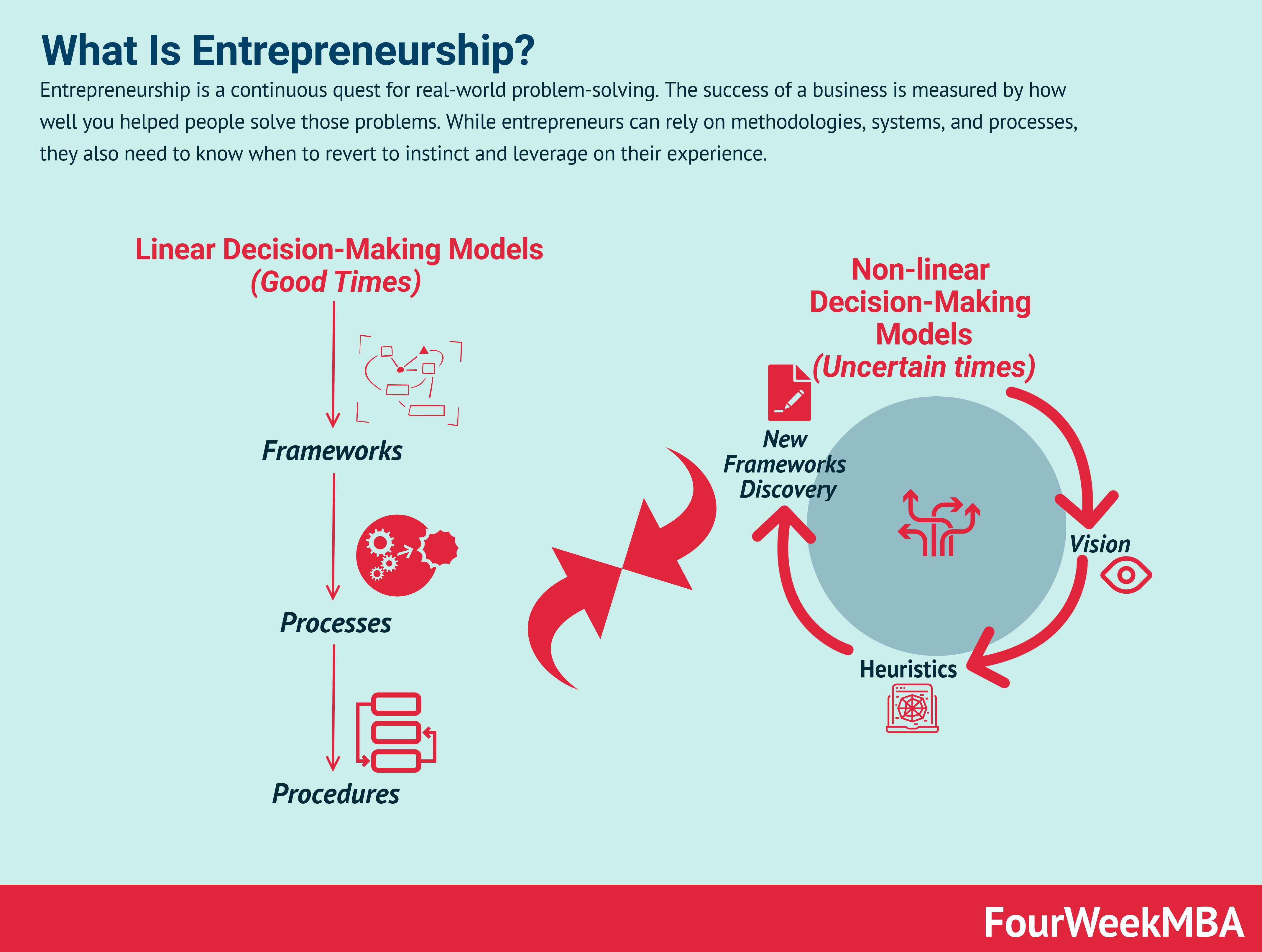 Entrepreneurship is a continuous quest for real-world problem-solving. The success of a business is measured by how well you helped people solve those problems. While entrepreneurs can rely on methodologies, systems, and processes, they also need to know when to revert to instinct and leverage on their experience.

Entrepreneurship as a continuous quest

The game of science is, in principle, without end. He who decides one day that scientific statements do not call for any further test, and that they can be regarded as finally verified, retires from the game.

There is a lot of discussion around how entrepreneurship can leverage on the scientific method to uncover important problems in the real world.

There is one issue though, not many understand the difference between science and scientism, and what part of science is actually useful to entrepreneurs; and what’s the part that is harmful instead.

Thus, I want to make a bit of clarity around the topic.

One thing to understand about science is that it is a quest that never ends.

With that in mind, as an entrepreneur, you help to define the key problems that customers face, better and better and as a result, the business gains traction.

But rather than do that theoretically, or make too many assumptions, the key advantage of an entrepreneur is that the real world becomes a lab to test those assumptions and define and fine-tune the problem around your key customers.

It’s like a never-ending loop, where who gets smarter at fine-tuning the core problem during a time period will also build the most valuable company.

Entrepreneurship as the courage to test untested hypotheses

The man who is striving to solve a problem defined by existing knowledge and technique is not, however, just looking around. He knows what he wants to achieve, and he designs his instruments and directs his thoughts accordingly. Unanticipated novelty, the new discovery, can emerge only to the extent that his anticipations about nature and his instruments prove wrong. . . . There is no other effective way in which discoveries might be generated.

Markets values untested hypotheses. Of course, there is a sweet spot between hypotheses that are too wildly untested and those who are outside the status quo who can get you far.

As an entrepreneur, you get to choose the kind of bets you want to take but as you grow bets that seemed impossible become bearable; and the more you can take the chance to test untested hypotheses the more you might gain a competitive advantage.

Entrepreneurship as problem-solving in the real-world

Whenever a theory appears to you as the only possible one, take this as a sign that you have neither understood the theory nor the problem which it was intended to solve.

Karl Popper is one of the most influential figures of the 20th century. In his works, he formalized the scientific methodology not as a method of positive discovery, but rather as a method of falsification.

That means the theory is scientific only if it can be refuted.

In short, a theory to be scientific in the first place needs to be falsifiable or to be proven wrong. If it isn’t it can’t be called scientific. Therefore, knowledge doesn’t proceed positively, but rather via negativa (by proving what’s wrong not what’s right).

Thus, knowledge might just produce theories that displace the previous, where the new theory is slightly better than the prior but never true in absolute terms. Indeed, a new theory that will falsify the previous will be the new accepted model.

In this article, the assumption is that you’re starting from scratch, therefore there is no business yet. You will need to lay the foundation of the first three building blocks that will help you build a solid company:

Once those three building blocks will generate a positive feedback loop, that is when you’re ready to move forward and build the remaining blocks:

In short, instead of moving with a theoretical approach where we clearly define our value proposition. We let the value proposition be defined by the people that use our product or service: our customers.

And as our customers come in we’ll master the places where they hang out, be them physical places or digital platforms. And as we do we’ll build a solid distribution strategy.

But for now, let’s focus on the first three building blocks: problem > solution > monetization and back to the problem.

Don’t stress too much on understanding right now the problem, because the real world will help you tune it. And tests and experiments can help you – with time – to master it.

One way for us to uncover real problems is through revealed preferences.

For instance, sustainable monetization in business matters not because we need to make money at all cost, but because it informs us about the real preferences people have around our business.

That is because a cash payment from your customers is the best trust signal you can get for a bootstrapped organization which reveals the preferences of your most important investors: customers.

Business model design, business engineering, and design thinking have become key ingredients of digital companies’ long-term success. But how do you build a business model that is prone to work?

It is tempting to imagine that you scatch down on a piece of paper a business model, you execute it and explosive organic growth is guaranteed. However, that almost never happens.

Beyond a few rare successful companies that managed to get to product-market fit quickly (those who win the lottery). The process of business model design, execution, testing, and iteration is a long journey which, in some cases can last years.

If you look at companies like Tesla, Uber, Slack and many others. While those companies achieved exponential growth, thanks also to their business models. Those same models are still in a process of evolution and tweaking to prove to work in the very long-term.

Thus, it is important to understand that to build a successful business model you will need a lot of testing, experimentation, and continuous iteration.

In short, unless you might have stumbled randomly on the most successful business model that will make you a billionaire. For all us human beings, there is no shortcut around a process and loop of experimentation in business modeling and it all starts by formulating a few basic tentative hypotheses.

When starting out with business model design it’s easy to draw into too many details, look at too many building blocks and assume that you need to know all beforehand.

In reality, the least assumptions you make, and the more those assumptions are specific and can be tested, the more you would be setting the ground for building a successful business model.

So where do we start? We need to take into account five key elements to validate the idea and move toward the first sustainable business model:

For the sake of helping our potential customers formulate the problem not in words but in actions (payments or specific actions), we’ll start by formulating a key tentative hypothesis:

If the experiment failed badly you have a clear outcome. If it was successful, you also had a good signal of it working.

If it was ambiguous it is your shot to keep testing if you believe in the project. Thus, do not leave it all up to the process, but keep some intuition, and instinct to it.

Truth emerges more readily from error than from confusion.

Having a single process, or method to deal with the real world makes you a weak entrepreneur.

Instead, if your success is measured to solve real-world problems, it is important to have an adaptive toolbox, a set of methodologies and heuristics that can help you deal with different scenarios and circumstances.

At the same time, you want to keep a small part of that whole process random. That’s because a bit of confusion and messiness can actually help stumble upon serendipitous opportunities that a clear, defined process would have not uncovered.

As an entrepreneur while methodologies and processes might help automate systems when they start working out.

When those systems stop working, when real-life scenarios become extremely ambiguous, you need to figure things out again. That calls up for instinct, intuition, and guts.

As an entrepreneur, you want to cherish your ability to turn to those weapons when those times come. And go back to methodologies, processes, and systems when things do work out until they don’t.