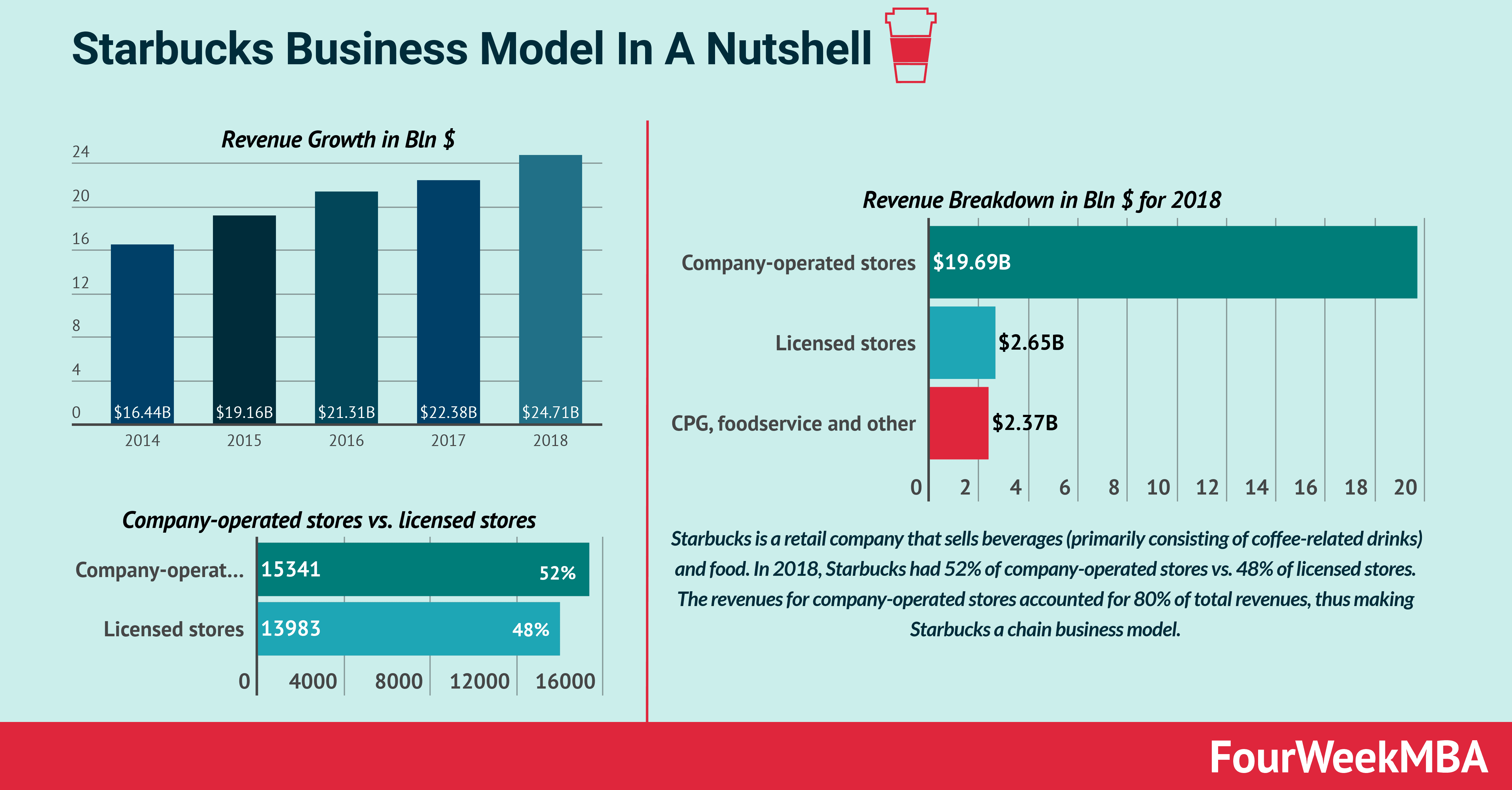 It was the year 1983, Howard was a young man, walking through the streets of Milan and Verona. As Howard Schultz would put it, he became “enamored” by the coffee experience people had in the Italians bars.

Places where the Barista knew the name of each person entering it and the coffee experience was about more than just a cup of coffee, it was about creating this sense of community. That’s how Howard Schultz set to bring that same experience back in the US.

At that time, in 1983, Starbucks had three stores in Seattle. However, it wasn’t serving any beverage, but only coffee to bring home. When Howard looked at the way Italian experienced coffee, he understood the real segment of the business that could have made Starbucks truly successful was serving coffee directly to consumers.

The objective was to replicate the Italian experience back in the US. Thus, making Starbucks – in the words of its founder – the third place between work and home.

As specified in its annual report its mission is to provide the so-called Starbucks Experience, consisting in “superior customer service and a seamless digital experience as well as clean and well-maintained stores that reflect the personalities of the communities in which they operate, thereby building a high degree of customer loyalty.“

What are the primary segments of the business?

The main Starbucks segments can be broken down in:

At geographical level instead Starbucks operates in four main regions:

Is Starbucks a chain or franchising? Understanding Starbucks business strategy

If we look at the mix of operated vs. licensed stores, the answer is both. However, if we look at the revenue generation, company-operated stores make up 80% of the company’s revenues in 2018.

As specified on Starbucks annual report for 2018:

The mix of company-operated versus licensed stores in a given market will vary based on several factors, including our ability to access desirable local retail space, the complexity and expected ultimate size of the market for Starbucks and our ability to leverage the support infrastructure within a geographic region.

As the company highlighted in its financials in 2018:

Our retail objective is to be the leading retailer and brand of coffee and tea in each of our target markets by selling the finest quality coffee, tea and related products, as well as complementary food offerings, and by providing each customer with a unique Starbucks Experience.

To understand why Starbucks chose to substantially increase its company-owned stores, we need to look at the customer experience:

The Starbucks Experience is built upon superior customer service and a seamless digital experience as well as clean and wellmaintained stores that reflect the personalities of the communities in which they operate, thereby building a high degree of customer loyalty

Thus, Starbucks wants to keep as much control on its customer experience by operating most of its stores.

In the case for instance of a business model like McDonald’s the company has been able to keep control over the look and feel of its franchised restaurants thanks to the fact it operates a commercial real estate business.

Indeed, McDonald’s leases and buys the land where franchised restaurants are operated, thus keeping tight control over their operational activities. This formula worked for McDonald’s as the company managed to build a $37 billion commercial real estate empire.

Starbucks instead, picked the opposite route. Where the properties are primarily bought to operate its company’s owned stores and keep as much control over the experience through this business strategy.

Where do most of Starbucks revenues come from?

As specified in the Starbucks annual report for 2018, “In our licensed store operations, we leverage the expertise of our local partners and share our operating and store development experience. Licensees provide improved and at times the only, access to desirable retail space.“

It is important to remark that even though company-operated stores have higher gross margins. They also have a lower operating margin compared to licensed stores.

What are the most sold Starbucks products?

As specified in its 2018 annual report:

Starbucks is committed to selling the finest whole bean coffees and coffee beverages. To ensure compliance with our rigorous coffee standards, we control coffee purchasing, roasting and packaging and the global distribution of coffee used in our operations. We purchase green coffee beans from multiple coffee-producing regions around the world, and custom roasts them to our exacting standards for our many blends and single origin coffees.

How does Starbucks protect itself from the sudden change in the price of raw coffee?

As specified in the 2018 annual report Starbucks “buys coffee using fixed-price and price-to-be-fixed purchase commitments, depending on market conditions, to secure an adequate supply of quality green coffee.“

Thus, the company leverages large orders to guarantee supply at a fixed price. And as specified “price-to-be-fixed contracts are purchase commitments whereby the quality, quantity, delivery period, and other negotiated terms are agreed upon, but the date, and therefore the price, at which the base “C” coffee commodity price component will be fixed has not yet been established.“

How much revenue does Starbucks make?

The US still represents the most important geographic area in terms of revenues.

When we look at the operating income of the company we can see a decrease from $4.1 billion to $3.88 billion in 2018. It’s important to understand this decrease in the context of Starbucks’ business model shifting more and more toward the chain model.

Startin in 2015 Starbucks completed the acquisition of a good chunk of former licensed stores, then become the company’s operated stores.

At the same time, Starbucks is unloading some of its previously operated stores to the licensee in some other geographic areas. More precisely

In short, in the last 3-5 years, Starbucks has gone through a substantial business model change. As of 2018 skewed more toward company-operated stores.

How Does Etsy Work And Make Money? Etsy Business Model In A Nutshell

Etsy is a two-sided marketplace for unique and creative goods. As a marketplace, it makes money via transaction fees on...