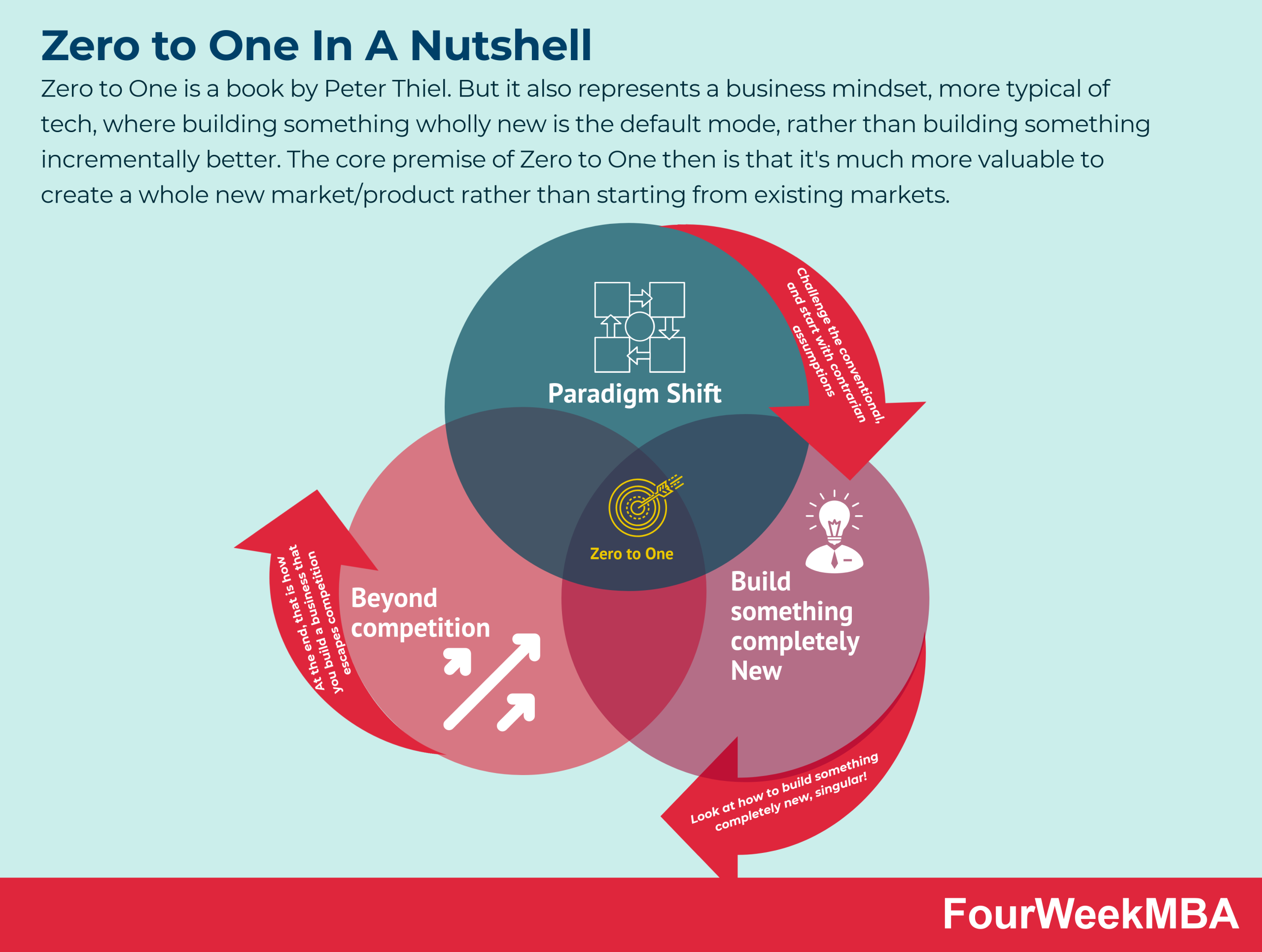 Challenging one of the greatest startups’ myths

What is one of the greatest myth startuppers tend to believe?

That is that “if you have a great product it will sell itself!”

If you carry this kind of belief, you might be doomed to failure. That is not me saying that, but Peter Thiel, author of Zero to One and one of PayPal co-founders, part of the so-called PayPal mafia.

As Peter Thiel, emphasized, back in 2015, in a speech at Chicago Ideas Week:

The starting point for my book zero to one is that is this sort of anti formulaic approach to take this a question of singularity and uniqueness very as the central question on and I try to get it through a variety of sort of contrarian questions what great business is nobody building tell me something that’s true that nobody agrees with you on these are often quite hard questions to answer. Because we think it’s hard to come with some new truth or it’s often requires courage because you often have to go against conventional wisdom in one way or another.

Even though sales is everywhere, most people underrate its importance. Silicon Valley underrates it more than most

Many startups live in a sort of duality conflict. The engineers think of sales and marketing as a sort of fraud. If your product is great why would you need to sell it? It will sell itself!

This kind of belief is wrong, as Peter Thiel explains in his book, Zero to One. In fact, although we love to believe that we’re all rational being. It is true that anyone, engineers comprised are influenced by subtle clues, which often are manufactured by salespeople and marketers to influence people’s behaviors.

None is immune to that. However, this duality, of product and distribution is what causes the most troubles to startups that are trying to scale up. In fact, if you have a great product but no distribution plan, then your startup might be doomed. The reverse doesn’t seem to be the case, according to Peter Thiel.

How do you create the distribution for your product?

There are a few strategies to undertake.

Make distribution part of your product

Sometimes the sales process that works the best is the one hidden from the sight. One example that pops into my mind is Google. As Peter Thiel explains in Zero to One, the companies who win are those that can hide their monopoly. Google is the perfect example.

In fact, even though Google is a monopoly (it controls most of the search market) you will never hear the company admit that. Quite the opposite. Google will reframe the message in all the possible ways to make sure most people (especially governments and politicians) do not perceive them as a monopoly.

Therefore, capitalism isn’t about competition, but that is about monopoly. One crucial aspect that might confer a monopoly to a corporation is the business model. Think for a second about Google. That is the most significant ad network in the world. Even if over four billion queries each day go through it; a very few people realize how it works.

Comprised of two main networks, AdWords and AdSense, Google makes it easy for companies to track how much they spend on marketing, and for online publishers to monetize their content. Also, the more websites join the AdSense network; the easier will be for Google to monetize on the companies part of the AdWords network. The distribution model is perfect. That is why still in 2016, 88% of Google’s revenue came from advertising.

That is undeniable that Google has a robust search algorithm, one of the first able to offer great search results, compared to others. However, what made Google profitable isn’t that but the distribution model Brin and Page have created!

This is the most important takeaway from the digital revolution.

In order for you to build a successful digital company, you need to break down the wall between product and distribution, and look at it as one thing.

Find the sweet spot between marketing and complex sales

Poor sales rather than bad product is the most common cause of failure.

According to Peter Thiel, there is a place where you want to be regarding distribution and sales.

In the startupper lingo, I showed a few metrics to focus on if you’re managing a startup. In fact, Peter Thiel emphasizes the importance of two critical parameters for making your business viable in the long run: CLV, CAC. CLV, short for Customer Lifetime Value is the economic value every single customer is bringing over throughout a relationship to your startup. For instance, if you sell software for $100 per month and on average your customers stay six months, your CLV is $600.

Common sense wants that if a customer on average brings $600 in total to your business, you have to spend way less to make it sustainable. Therefore, if you’re paying $650 for ads to bring one customer in, then your startup is doomed. That is why you need to look at the CAC, short for Customer Acquisition Cost, or how much it costs to bring in revenue from a customer.

According to Peter Thiel, your distribution model needs to be anywhere in the Marketing or Personal Sales their. In fact, if the distribution falls somewhere in the middle that is a dead zone. In fact, your CAC might be too high compared to the CLV. In short, you’ll spend too much to bring a customer in the door. That is how distributions‘ bottlenecks kill startups.

From here it’s critical to understand the difference between sales, marketing, and when to prioritize on one, the other or push both.

Start small and take advantage of the network effect

The most successful companies make the core progression—to first dominate a specific niche and then scale to adjacent markets—a part of their founding narrative.

When you start scaling up a business, it makes sense to be laser focused. For instance, if you’re selling software for SEO, who’s this really for? If that is for web agencies, then you might want to target those few thousand web agencies that can grow your business. Once you start building on that niche, you can expand to the next thanks to the network effect.

In other words, those new customers coming in will also – for instance – find new applications for your product, thus improving its virality and growth. That is how you go from zero to one regarding distribution.

As highlighted in Blitzscaling, by Reed Hoffman, another member of the so-called PayPal Mafia (the group of people that founded and run the early PayPal, which would go on to found many other successful tech companies), network effects play a critical role as among the growth factors enabling scale.

We don’t live in a normal world; we live under a power law.

by Peter Thiel in Zero to One

Many startuppers look for that sales number to grow consistently. They start to experiment in too many ways to make a buck. However, little growth can be deadly. In fact, as Peter Thiel points out finding your distribution channel might be way more powerful than trying many that work relatively.

Distribution, like many things in our world, follows a power law. When you found the distribution model that works for you stick with it until exponential growth starts to pick up!

To really grasp this concept it’s important to understand the dynamic of business scaling.