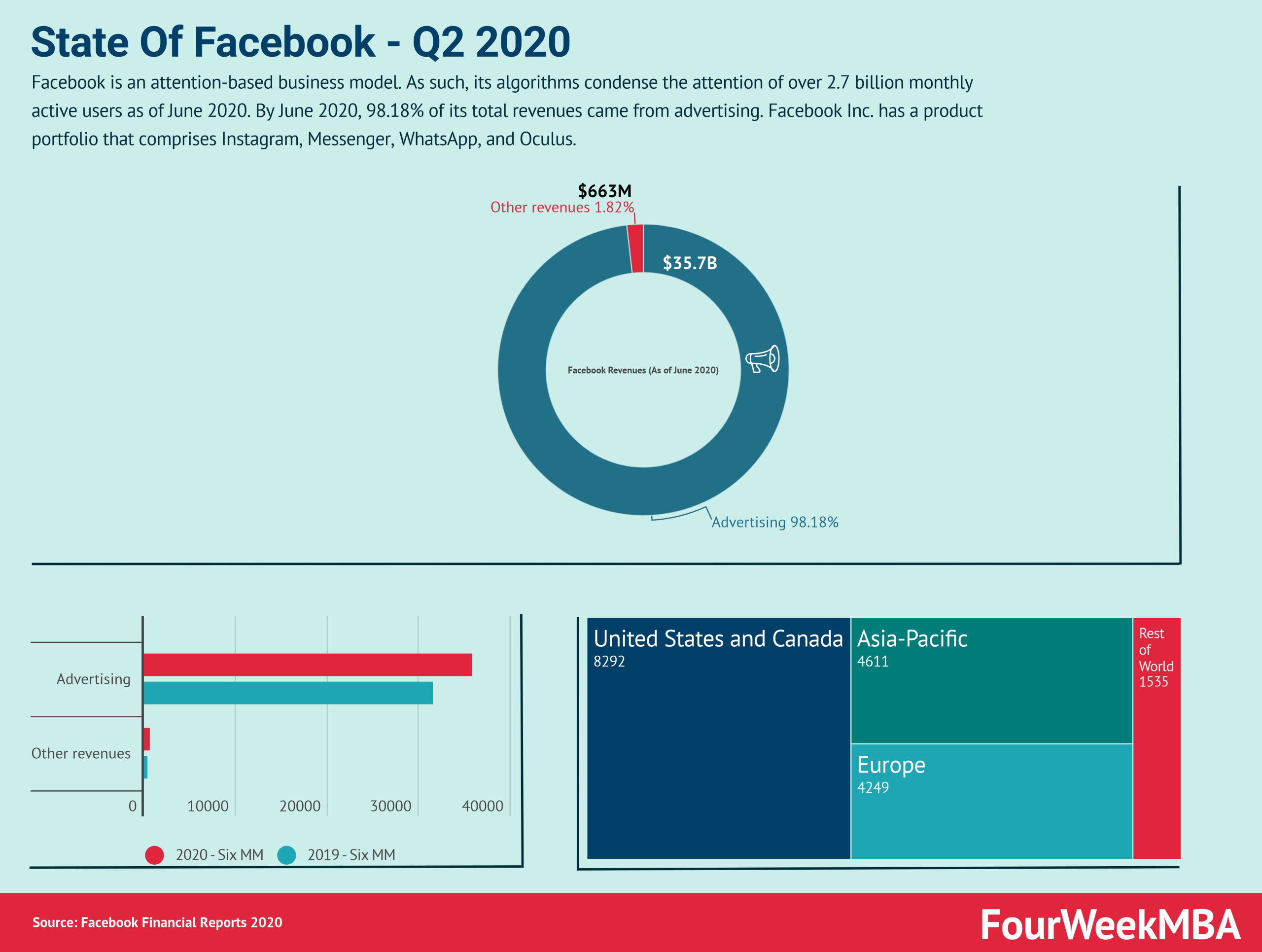 A visual glance at the Facebook business model key metrics

Let’s give a look at the breakdown of the average revenue per person in each geographic region.

The ARPU increased only in the US&Canada and Europe, while it decreased in Asia-Pacific and Rest of World.

Overall the company recorded an increase in monthly active users, for the portfolio of products. It went from 2.76 billion to 3.14 billions by Q2, 2020.

Overall revenues increased thanks to the number of ads served.

In fact, the number of ads delivered increased by 40%, faster than the increase of 33% in the same periods in 2019. This shows the continued growth of the Facebook advertising machine, even during the pandemic.

The increase in the ads delivered was driven by:

The decrease in average price per ad was also caused by an increasing proportion of the number of ads delivered as Stories ads and in geographies that monetize at lower rates.

Continued growth in the United States, Canada and Europe (for the factors shown above) was the primary driver for Facebook growth. However, to notice that also the sustained growth in new markets, like Asia-Pacific and Rest of World contributed to Facebook revenues growth.

In the second quarter of 2020, Facebook continued to focus on its main revenue growth priorities:

Moving faster on the development of AR/VR consumer hardware

Research and development expenses in the six months ended June 30, 2020 increased by $2.30 billion, or 37%, compared to the same periods in 2019. The increase was primarily due to increases in payroll and benefits expenses as a result of a 41% growth in employee headcount in Facebook engineering team and other technical functions. Part of the headcount increase might have been due to the expansion of the engineering team able to help the platform’s compliance with new privacy regulations.

On the other hand, the headcount increase was also due to functions supporting consumer hardware product development. In short, It seems that Facebook is pushing much more on the development side of AR/VR sets.

While Amazon is primarily a consumer e-commerce platform, its tentacles move in many directions:  The starting point of Amazon success...